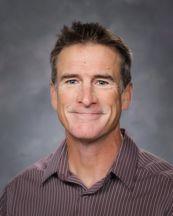 Jeff Cravens was born and raised in Tennessee. He followed his dream of being a National Park Ranger for several years after college, working in New River Gorge and Olympic National Parks. In 1996 Jeff moved to the Seattle area with his wife, Jennifer. In 2000, he began teaching in the Highline School District after receiving a Masters in Teaching from Seattle University. He taught 3rd, 4th, and 5th grades and coached soccer before moving to Cashmere in 2006.

Outside of school, Jeff spends time with his wife and two kids. He also loves to mountain bike, ski, kayak, hike, climb, and just about anything else that allows him time to enjoy nature.